When Keresa Richardson left her 2014 annual female exam, she received a clean bill of health. One year later, without any signs of deteriorating health, her OBGYN informed her she had a tumor the size of a grapefruit; only one year later and no sign of health issues. Because of this, Keresa strongly advises women to NOT miss their annual exams, as female cancers tend to show up silently, without warning.

At the time, her OBGYN was almost certain it wasn’t a cancerous tumor, so, instead of sending her to an oncologist, he proceeded with surgery to remove the tumor. Unfortunately, something went wrong during surgery causing the tumor burst. It turned out the tumor was cancerous and when a cancerous tumor bursts, it causes cancer to spread throughout her body. They took steps to “wash her system” but it’s hard to wash out something that exists at a microscopic levels.

Now that Keresa knew she was dealing with ovarian cancer, she was set on looking for an option that didn’t distress the body in the way traditional options (our only options in the US) like chemotherapy, surgery and radiation do. Her and her friend scoured the globe looking for potential treatments. She considered a treatment in Europe but feared traveling with a damaged immune system.

It’s around this time that someone informed her of Dr. Truitt and his success in treating cancer. He practices across the Texas border in Mexico…a much safer travel option for her being that she resides in Texas. His treatment cost was also more reasonable than the treatment in Europe she’d found.

In proceeding with the patient consultation process, she felt confidence in Dr. Truitt’s knowledge and safe in his care. As is the case with many who choose to take a non-conventional route to treating cancer, her husband was concerned and felt more comfortable taking traditional routes. But she felt she was in alignment with what was right for her and proceeded faithfully.

Though she felt good on Dr. Truitt’s medication, Amyloxine, something unique occurred in her case. Her tumor continued to grow at an aggressive rate. Within about five months of her original diagnosis, the tumor had grown to the size of a full term baby…8-10 pounds.

A later visit to her doctor revealed the tumor was now about one millimeter in size (as compared to the full term baby it was!).

Keresa is a huge advocate for others who are facing cancer and looking for non-conventional options. She serves as both a prayer warrior and an information hub for treatment options that may work for them. 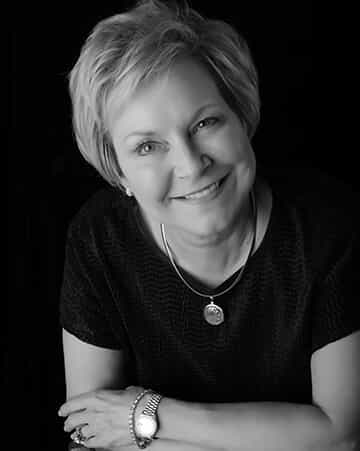